Welcome to the People for Change Foundation

The People for Change Foundation’s vision is of a just, fair and inclusive society where all members may reach their full potential unhindered by factors such as age, race, colour, gender, language, religion, political or other opinion, national origin, property, birth or other status. Since 2007, we have been conducting on-the-ground legal and policy research in Malta in the fields of migration, asylum and racism in the European Union. We also work in the areas of children's rights and development and humanitarian aid, expanding these areas starting in 2013.

The Foundation operates at the intersection between law, policy and social science, delivering analysis that is practical in input and pragmatic in outcome.

The People for Change Foundation was set up with the express aim of contributing to a multilateral process between a range of stakeholders and entities - governmental, non-governmental and academic - to conduct research in areas of direct relevance to the livelihood and quality of life of the populations we work with and for, and to address human rights concerns by working towards the safeguarding of international and national legal obligations and development.

3rd July 2018 - At The People for Change Foundation we are closely monitoring the current developments in the Mediterranean including concerns around delayed rescues, issues involving direct or indirect refoulment to Libya, delays in disembarkation,  the prosecution of vessels involved in rescuing migrants at sea, and the response at the national and European level. To keep track of what's going on, we recommend signing up to PfC's Daily Human Rights Press Cuttings or to follow PfC via its facebook page.
​ 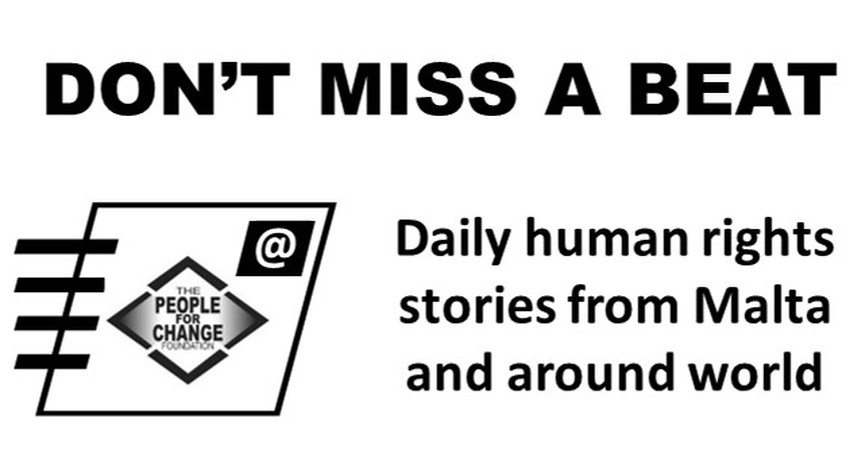 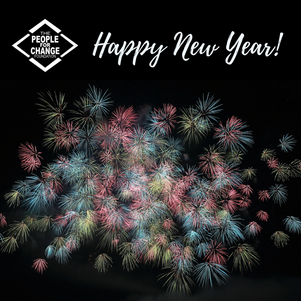 ​From all of us - happy new year! Let's remember the breakthroughs of 2017... but let's also remember those who have been deprived of their basic rights, their life, and their voice. The work continues in 2018! 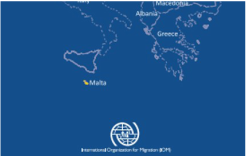 April 22nd, 2015
On April 22nd, we sent a letter to Maltese Prime Minister Joseph Muscat ahead of the extraordinary summit scheduled for tomorrow. The key message was that  the death of over a thousand people at sea should be met with outrage towards the factors that led to their demise and resolve to ensure that such tragedies are not repeated. Bold new measures are needed to actualise that resolve. We re-iterated that saving lives at sea must be top priority and can only be achieved if the political will to prioritise life is secured. We called on the Prime Minister to show moral and political leadership on this issue at both the national and European level. The letter also recommend 5 actions that need to be taken to safeguard life at sea including: expanding the remit and resources of search and rescue operations, providing concrete legal and safe avenues to access the European Union, work collaboratively as members of the EU to provide for the reception conditions of those rescued and a real opportunity to seek protection, combat migrant smuggling and ensuring that human rights are respected throughout these activities not least the right to seek asylum and the principle of non-refoulment. A follow up letter was sent on April 24th in which we expressed our disappointment at the outcomes of the summit and urged the Prime Minister and European leaders to ensure that long term solutions are accompanied by short term measures to save lives at sea and allow legal and safe access to protection. The Prime Minister replied noting that he felt the outcomes of the meeting were a small step forward.