Sonia Marcantonio
Research Manager
​
Sonia holds an LL.M. in Public International Law and Human Rights from Utrecht University and a master’s degree in Italian and European Law from the University of Bologna. She has extensive experience in research and project management on various human rights-related issues.

After her LL.M, Sonia joined JUSTLAW, a Dutch human rights law firm based in Amsterdam. She was a research partner in the RICHWE project, a UN Reporting Initiative on Climate Change, Health, Water, and Environment. She has also worked on projects in Tanzania (focused on deforestation, indigenous rights, and gender-related issues) and Paraguay (focused on migration, deforestation, child labour, women's rights, and WASH issues). She has also worked as a communication and legal assistant for the UNESCO World Water Assessment Programme (WWAP), based in Perugia, Italy. In her free time, Sonia likes to read books about psychology and anthropology while listening to jazz music. She also loves travelling and hiking. 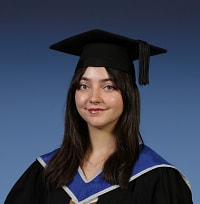 
Lorena is a law honours graduate from Queen Mary University of London and undertook the last year of her studies abroad at Universidad Torcuato di Tella in Argentina. Throughout her degree she studied English common law modules and developed an interest in the topics of human rights and international humanitarian law – that is why she wrote academic research essays on the crimes of genocide and mass massacres in Myanmar, Cambodia, Pinochet’s Chile, and Argentina’s Dirty War. She worked for her university’s legal advice centre and managed immigration, family, and criminal law cases. Lorena also enjoys volunteering with Children’s rights NGOs and charities such as Future Frontiers, Angloville, and Fundación Sí. She particularly likes to teach and childcare, while aiming to provide children better educational opportunities. Lorena has a multicultural background and speaks four languages fluently: English, French, Spanish, and German. In her free time, she enjoys playing Ludovico Einaudi pieces on the piano, aquarelle painting, and reading Latin American magic realism books. 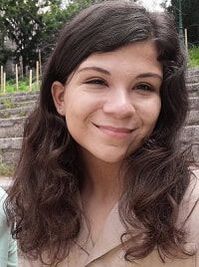 Laura holds a law degree from the University of Namur and a master's degree in international public law from the Université Libre de Bruxelles. She is deeply committed to the defence and promotion of human rights at the international level. She has demonstrated this through her involvement with her university's section of Amnesty International, where she developed a particular interest in migration and gender equality issues. During her final year of master’s study, Laura chose to focus her thesis on "The freedom of expression of women victims of sexist and sexual violence in the time of #MeToo through a critical analysis of the case law of the European Court of Human Rights". This topic allowed her to incorporate a gendered, feminist, and international perspective, about which she is passionate. Additionally, she completed a six-month Erasmus program at the National and Kapodistrtian University of Athens, which further solidified her desire to live and work abroad. In her personal time, Laura enjoys going out, dancing, traveling, and reading. 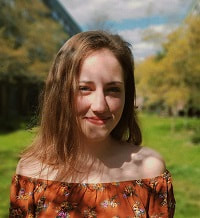 
Clara is currently enrolled in the Human Rights Studies Master’s programme at Lund University (Sweden), a research-oriented programme combining historical, philosophical, political and legal perspectives on human rights. She holds a Bachelor’s degree in International Studies and European Institutions from the University of Milan (Italy). Her Bachelor's thesis explored the topic of ius in bello in Western and Islamic traditions. In between studies, she worked as a Communications Officer for the development NGO Mani Tese and as a freelance web content writer. She is also active in various student organisations, such as the Amnesty Student Group and the Association of Foreign Affairs in Lund. In her free time, Clara enjoys being in nature, creative writing, dancing, traveling and crafts. 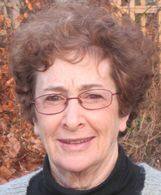 Dr Carol Bohmer
​
Carol Bohmer, a lawyer and sociologist, is a Visiting Associate Professor in the Government Department at Dartmouth College, and a Teaching Fellow at King’s College, London.  She has worked extensively in the area of law and society, examining the way legal and social institutions interact, in the United States, the UK and elsewhere.  Her current research interests are in the field of immigration and asylum.  She also does pro bono legal work for asylum seekers. She has been involved in setting up a project to register children as British citizens in London, UK. Her most recent book is Rejecting Refugees: Political Asylum in the Twenty-First Century with Amy Shuman, (Routledge, 2007), a comparative study of the asylum process in the US and the UK.

Professor Patricia Mallia
​
Patricia Mallia obtained her law degree from the University of Malta in 1999.  Her post-graduate studies were carried out at Oxford University where she graduated in Bachelor of Civil Law (BCL) in 2000.  She then returned to Malta to lecture in Public International Law at the University of Malta where she is now Head of the International Law Department.  She obtained her PhD from the IMO, International Maritime Law Institute, focussing on combating contemporary threats to maritime security.  Her research interests focus on the analysis of contemporary maritime threats, primarily piracy and migrant smuggling.  Her book, ‘Migrant Smuggling by Sea: Combating a Current Threat to Maritime Security through the Creation of a Cooperative Framework’ was published by Martinus Nijhoff in 2010. In her free time, Patricia enjoys tennis, swimming, baking and reading.