The People for Change Foundation was set up in 2007 by two individuals, both committed to human rights. The initial plan for the organization was conceived on scraps of paper at the end of a summer spent volunteering in Cairo, Egypt. Since then, the organization, as well as its Directors, have gone from strength to strength in the field. 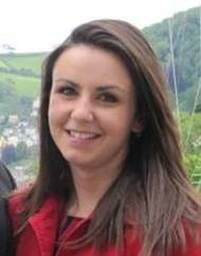 Christine M. Cassar
Christine holds an MPhil in Social Anthropological Analysis with a specialization in the anthropology of development from the University of Cambridge where she focused on human rights and remittances sent to conflict zones. Christine was awarded Junior Chamber International Malta's Outstanding Young Person of the Year in 2015. She was also a University of Malta Dean's List awardee in 2010 and a Rotary Ambassadorial Scholar in 2011 and has has worked on project strategy, development and management with the Commissioner for Children, the International Ocean Institute (Malta Operational Centre) and Amnesty International Malta. Christine is MEAL Advisor at Save the Children UK, and has previously worked in global health with the Royal College of Paediatrics and Child Health on projects in Palestine and with the NHS in Zambia. Christine enjoys reading auto-biographies, traveling and world cuisine.